To encourage people to commit, we thought of a simple game made up of three phases. In the first step, visitors have to vote for their favourite twinning.

Among the 32 shortlisted towns, photos contributed by web users were used to crown the winning twinned towns.

Finally, we created a memory game so web users could see the similarities between the cultures of the two winning towns. 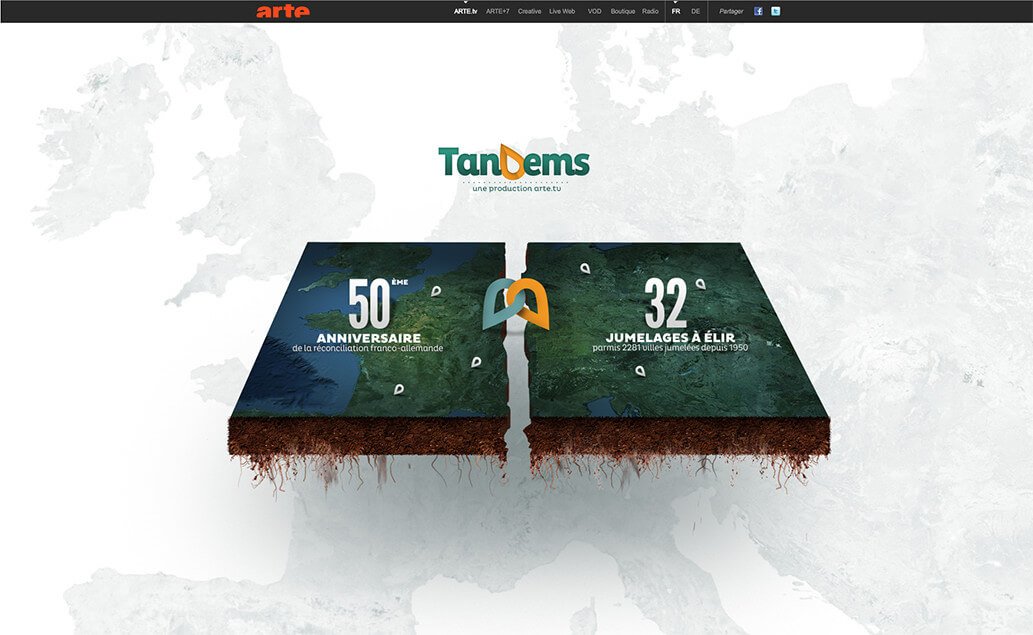 To demonstrate the device, we chose to present the twinned towns along a timeline and used Google maps to show where they were geographically situated.

We were then able to see where the twinned towns appeared on the map over time and watch a twinning materialise through the use of a separate, zoomed-in aerial view of each village.