Everything starts with a search. A simple observation we can make looking around us, or simply paying more attention to our own behavior.

A search is more that a simple query on Google – it is a moment in which something happens. The need to satisfy one’s needs, be they goods or services.

Every need finds in Search a tool allowing for its fulfilment. It is all the more crucial, at a time at which all advertisers are fighting to get the attention of Web surfers, to meet the needs and intentions of its consumers. 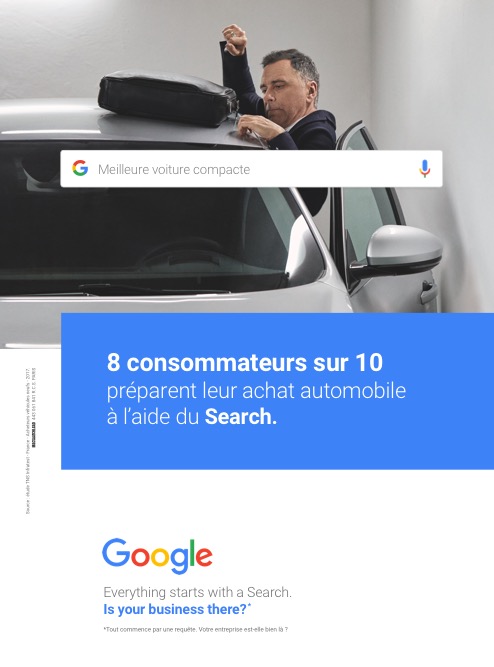 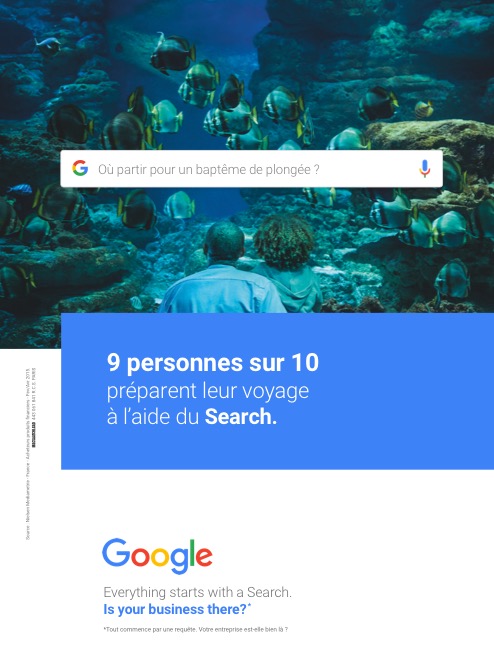 So, we created in collaboration with Google France a B2B, 360-degree campaign, showing the French in touching and funny situations from everyday life, situations in which Search takes ts rightful place as the most sincere response to every situation.

With a statistic corresponding to each industry sector, the productions proves the crucial importance of Search for every company, small or large, and for both products and services. 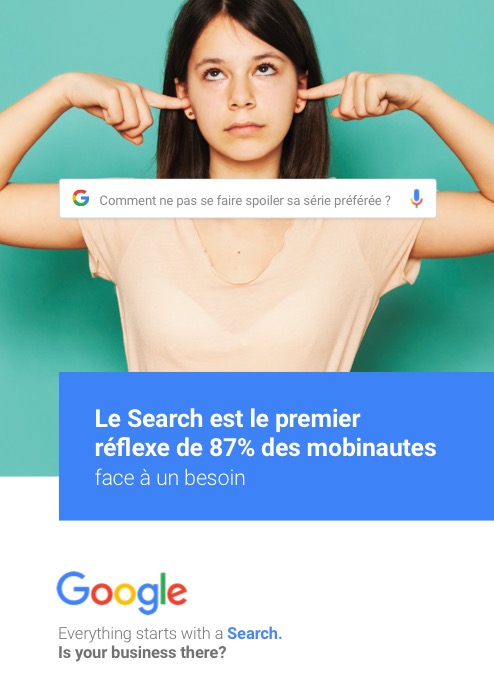 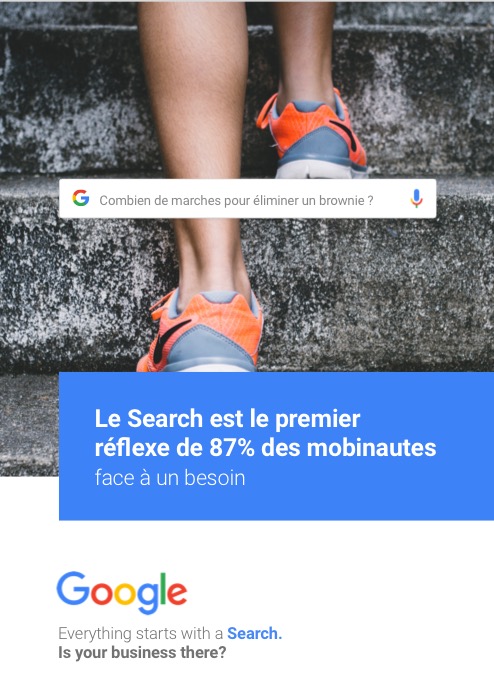 How we did it

We implement a digital campaign, broadcast on YouTube, Facebook, Twitter, and LinkedIn, as well as through Doubleclick’s Display Ad Network, along with a media plan involving the marketing and communications trade press to ensure optimal coverage of the target.

Then, in order to create momentum among all Google employees, the campaign was also launched through an internal event highlighting queries through a complete takeover of the Google France headquarters, a creative breakfast, and an eventful photocall.

Finally, the Google teams traveled to each of the Top 6 top French media agencies to celebrate Search and present their latest findings on the behavior of French users, laying down the foundation for successful future operations.